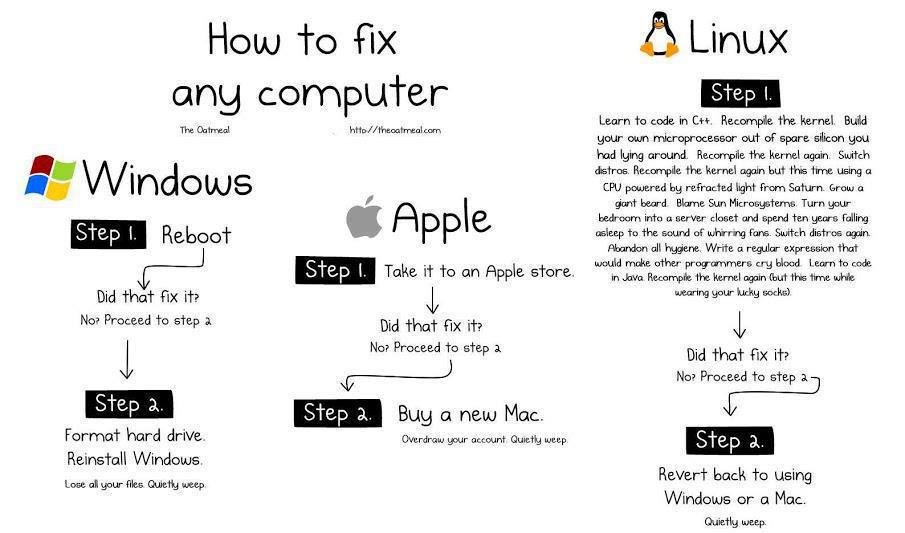 The Coding Cat has tricked you! The best OS for programmers is of course Linux!

So in this article it will show you 10 reasons why Linux is the best operating system for programmers.

1. Linux is not as easy to maintain as other OS’es.

Someone would think this is a bad thing. Well, not for programmers. With Linux you have to think more while configuring or installing (not apt-get, yum etc.) new programs and features. When something breaks, you can spend hours browsing the internet on the right solution. And the most important part here – you learn new things! Windows or OSX makes developers lazy. They are just calling the support, reinstalling the whole Windows, or buying a brand new Mac.

2. In Linux you are the owner of your computer

You can change everything as you want. Wanna totally different interface looks? No problem! Just install different desktop environment like Xfce or KDE and set up everything as you wish. Some process is not responding, eating too much your resources, or you just want to kill it for no reason? Type “kill <pid>” or “killall <name>” and get rid of it instantly.

This is one of the Coding Cat’s favourite features. You can work simultaneously on different subjects, just only switching to different workspace. For example in the first workspace you have your project’s code editors on second there is some operation running that require many windows for monitoring and third is your coffee-break workspace, where you read the Coding Cat’s blog while having a break. The Coding Cat has three monitors and six workspaces set up, that gives him 18 different screens! 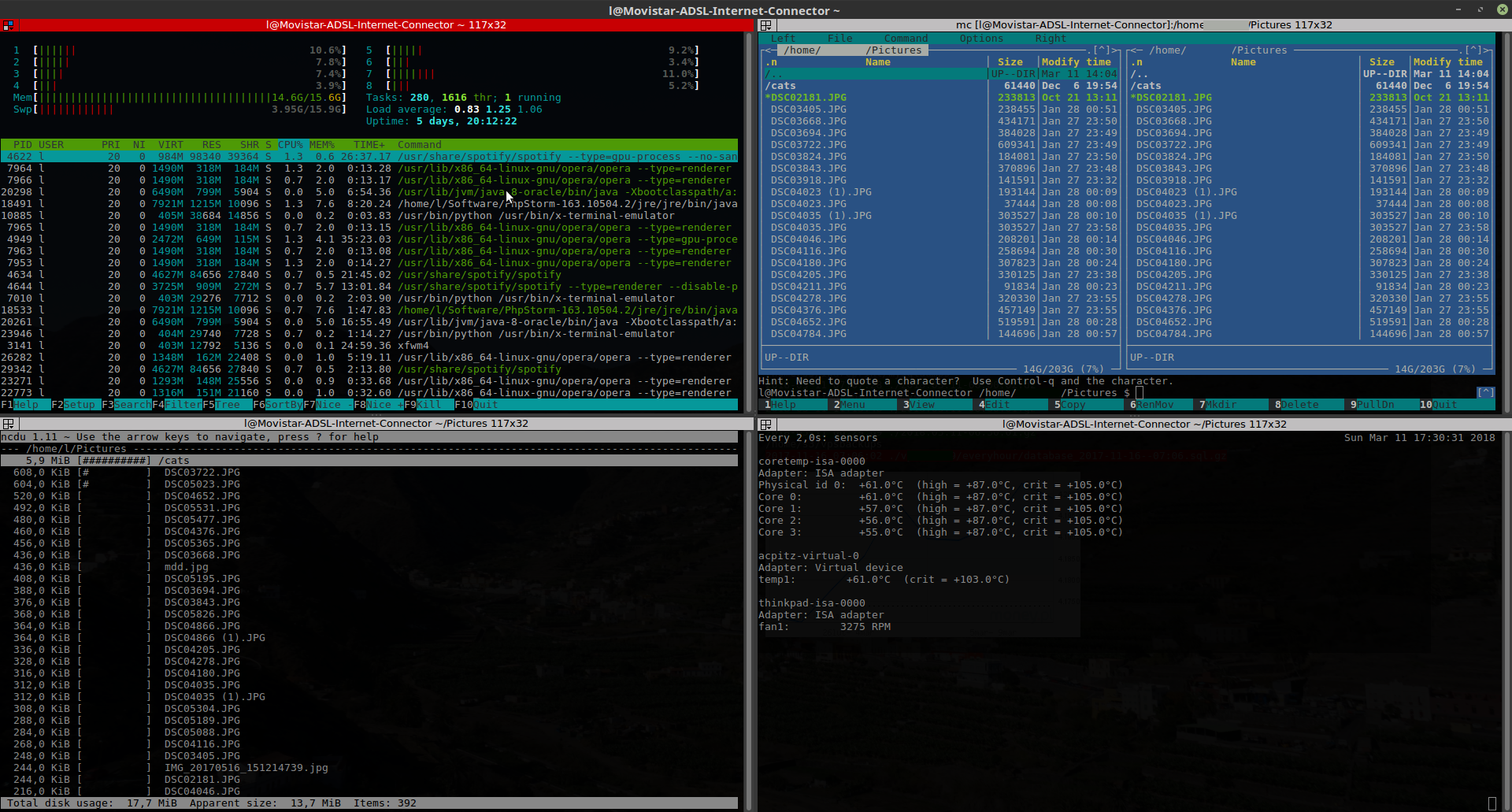 In Linux, everything can be done using terminal. You don’t have to go clicking through the jungle of windows when you want to change or check something in your system. Ctrl+alt+t and there you go. All file operations, installing software, checking your computer resources consumption etc. If you want a article about most useful Linux commands, leave a comment here.

..And this is how it looks like in Windows:

Want to run some of your scripts every hour, every two minutes or only sunday at 22PM? Type “crontab -e” in your terminal, and put here your command. As simple as that. Well, there are also some wisest Windows wizards, that can set up this also in their OS. But only check yourself some tutorials on that – you’ll see how f** is that.

You can customize everything with scripting. Don’t like some part of your system, want to change some behavior or add automated features yourself? Linux is open for everything you need.

Psst. want to setup your wallpaper that has a lot of useful information instead of only a picture, and doesn’t consume system resources? Like this: 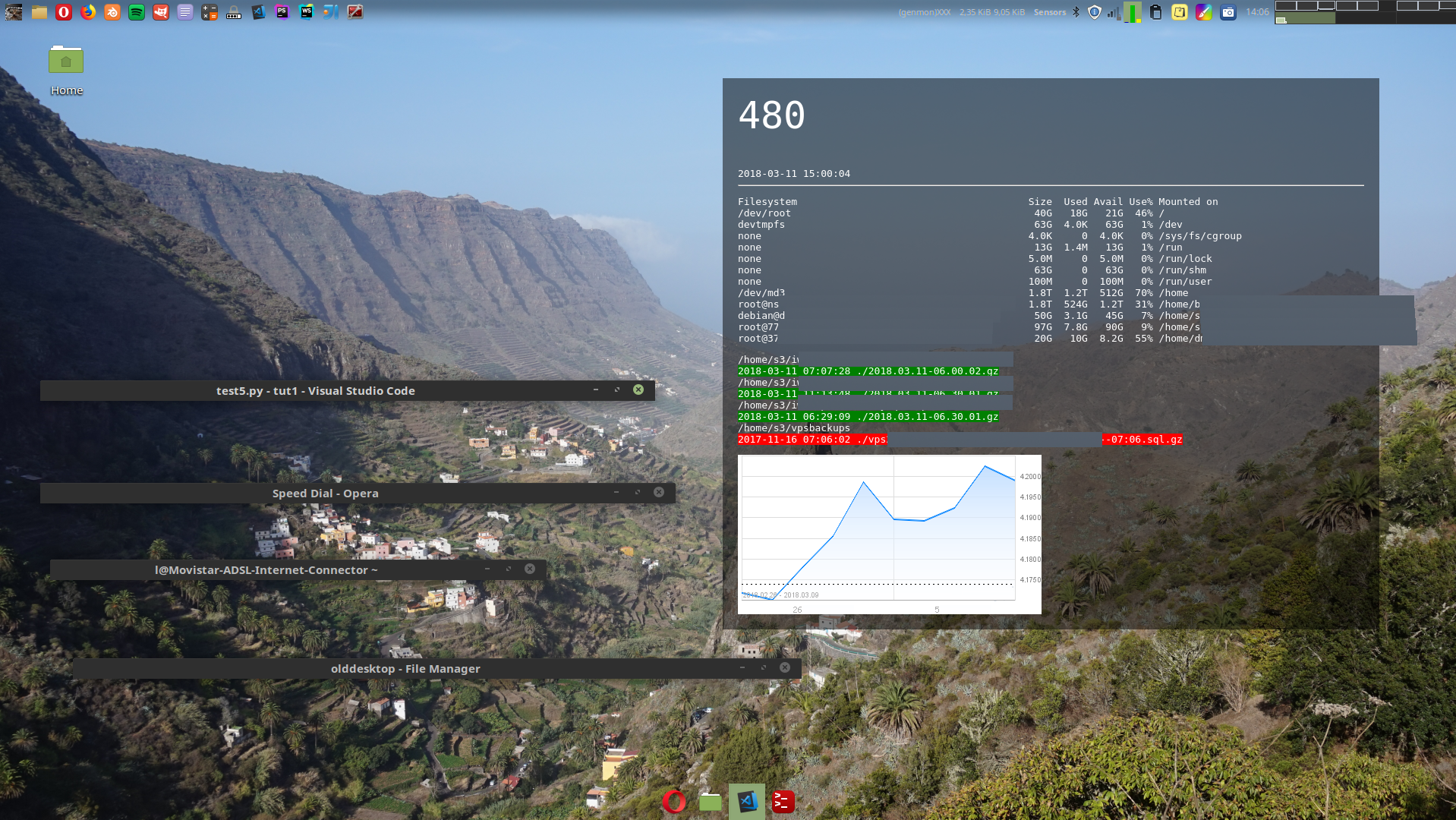 That’s very easy to set up. If you wish tutorial about that, leave a comment.

When you want to install something on Windows, you have to open your Internet Explorer, then go to some website, download some fishy exe file, and pray, that this is not some malware like WannaCry. In Linux, on most popular programs, just type “apt-get install <name>” (distro dependent), and you’ll get your soft from a secure place. The other benefit from that is you can automate installation of programs you like, in a very easy way. If for example you change your computer often, or have to install the same things on different machines, just create a Bash script that installs everything in one command.

Linux has a lot better user privileges on files resolved than Windows. You don’t need there a heavy antivirus software army that keeps your computer safe and consumes a half of your CPU while scanning trough everything. In Linux, you can set up whole partition encryption, and then your home folder encryption, so your most important code can be encrypted twice by default!

Most of the internet runs on Linux servers. If you get familiar with this system on your desktop, it’ll be easier for you to manage servers where you run your projects. 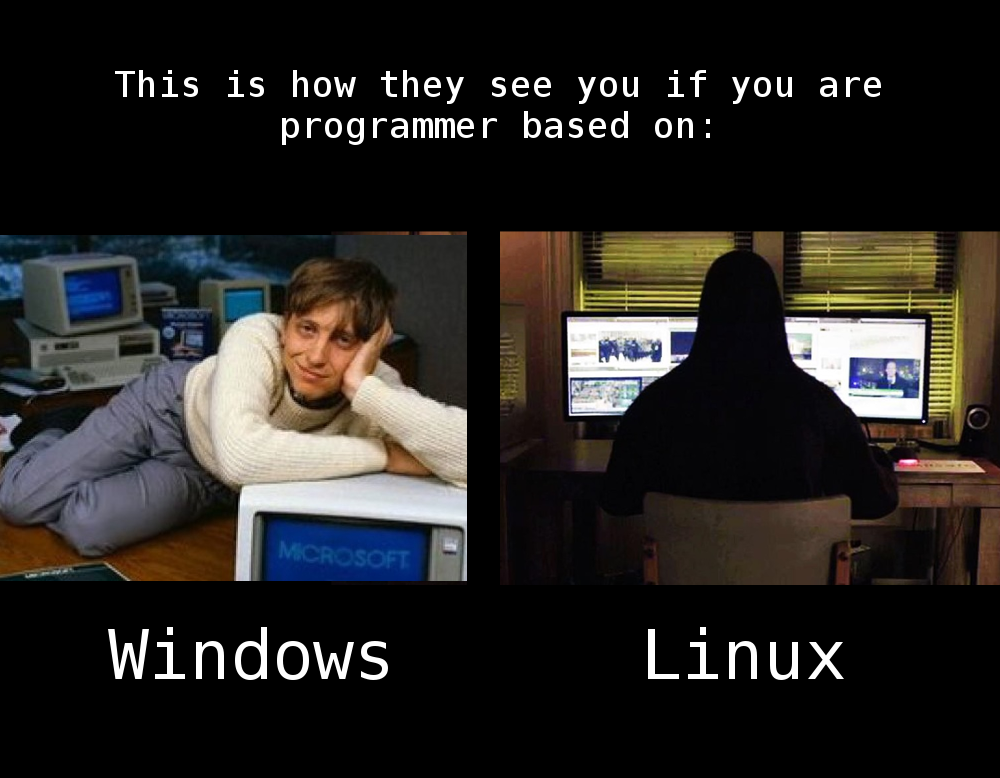 When some programmer asks you: “Which Windows do you have installed on your PC?” and you respond “Linux“, you are like some black magic wizard and Anonymous hacker to him, at the same time. And when he starts complaining, how his Windows is bad and slow, and how last time someone hacked his webcam, you redirect him to this blog post, so he can change his OS, before it’s too late. 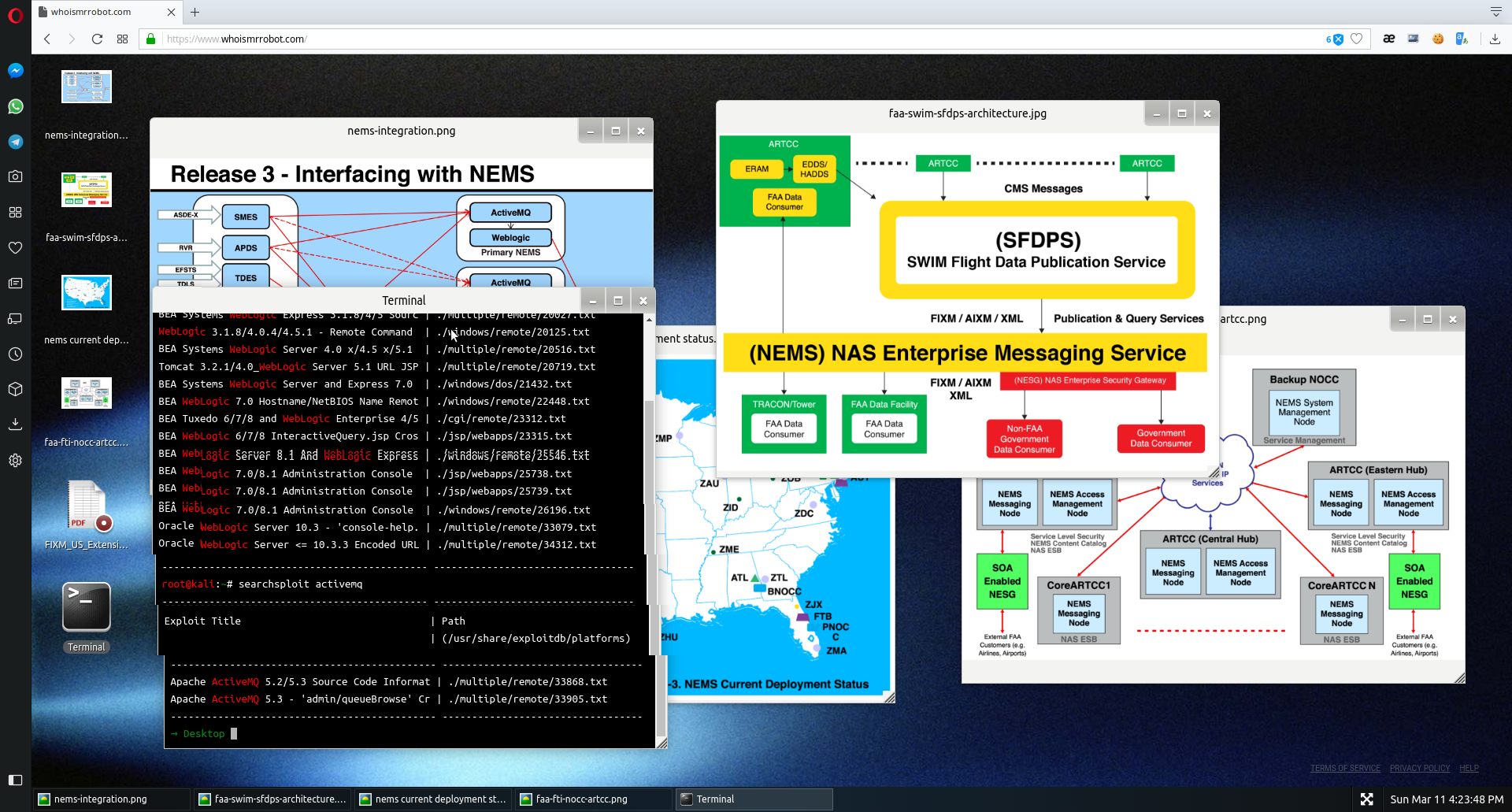